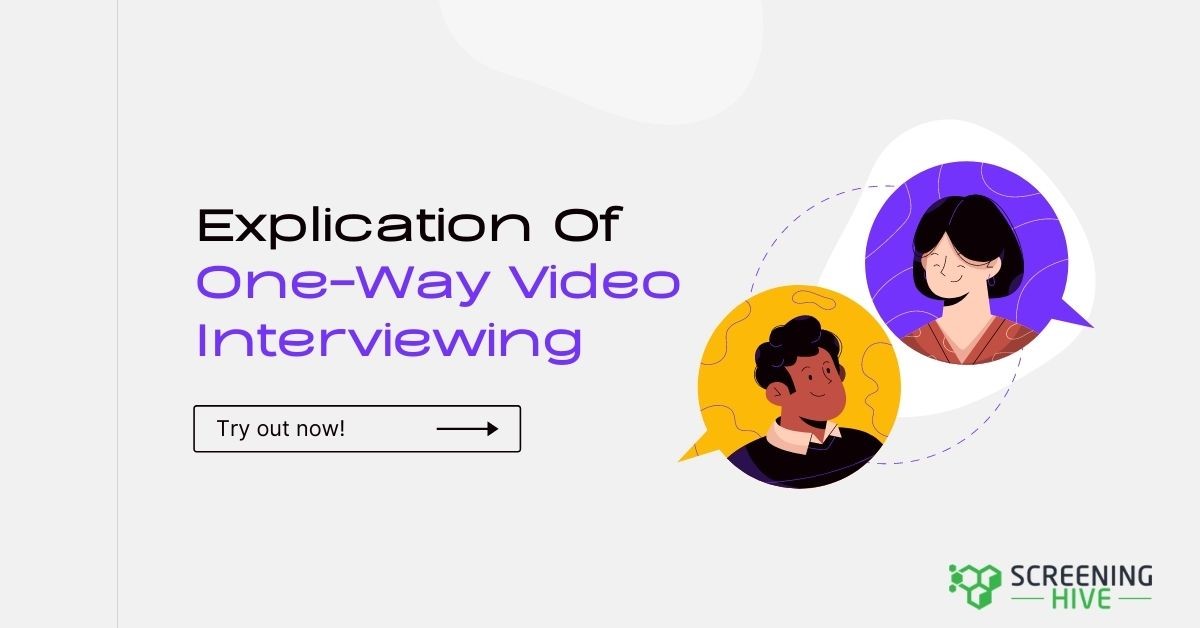 We belong to the technology era, where each sector is utilizing the software for their daily work. The software that developed using different technologies, with the purpose to diminish the workload, bring more accuracy, and complete the task within the minimum time.  In the recruitment sector, the hiring process also becomes digitalized, from receiving applications to an online interview; each stage is in virtual form.

WHAT IS ONE-WAY VIDEO INTERVIEW?

The term one-way video interview describes the new norm method of interview enabled by technology. This interview is only attended by the job seeker and does all talks. The job seeker has to record a video in which he/she is answering all the questions that are already present in text or video form.

Once the candidate recorded the video successfully and submitted the response, the recruiter will examine the video as per their time. Hence, this interview refers to an "Asynchronous Interview".

BENEFITS TO THE EMPLOYERS

Every business wants to perform each task efficiently, in the recruiting business hiring process is the critical approach that could be achieved flawlessly. Recruiting agencies typically conduct three rounds of interviews, which takes around 45 days by following the traditional method of hiring. And spend $1000 to $1500 - it can be considered as a waste of time and money. Let’s see how the new process of interview is beneficial for businesses or employers.

Connect with the remote candidate

When video interviews come to pass, distance no longer an issue. Merely no need to depend on the local talent, businesses can extend the area to hire the candidate. One way video interviews resolve the problem of different time zones.

In the traditional approach of hiring where a recruiter spends lots of his time only with a single candidate like they call candidates two to three times, the conversation will be around 30 minutes. Through a one-way video interview, recruiters can save their considerable time by conducting three to four video interviews with all essential questions instead of lengthy phonic conversation.

Through a one-way video, an interview employer can easily make a comparison between the candidates because you can provide the same set of questions to each candidate. After receiving recorded videos from every candidate by examining it, employers will be able to select the best-answered candidates.

Employers Can Invest Time and Efforts To The Best Candidates:-  After examining the video interview of the candidates, the employer will be able to discover the most qualified applicants within a span. Thus, by devoting little time to get the most deserving candidates, employers can invest their more time and efforts only to the best candidates.

Through a one-way video, interview team can complete candidate data quickly and consistently giving more attention to the deserving candidates that filter by it.

BENEFITS TO THE JOBSEEKER

One-way video interview software is not merely developed on account of employer convenience, delivering several benefits to candidates too. Let’s focus on the advantages that a one-way interview provides to applicants.

It’s convenient for actively looking for job candidates to attend the meeting or phone call any time. But what about passive candidates? The candidate who is already working for an organization and has the desire to change the job but unable to attend phone calls and interview during working days. Through a one-way video interview, the candidate can give an interview anywhere and anytime. Hence, the issue candidates face concerning interview scheduling is eliminated.

De-stress The Interview Process For Candidates

In the traditional approach of an interview, the candidate thinks too much before attending the interview or call. In a two-way interview, candidates become stuck sometimes due to too much strain. The one-way video interview is a simple and quick process, thus, candidates don’t need to de-stress themselves about the interview process.

MYTH ABOUT ONE WAY VIDEO INTERVIEW 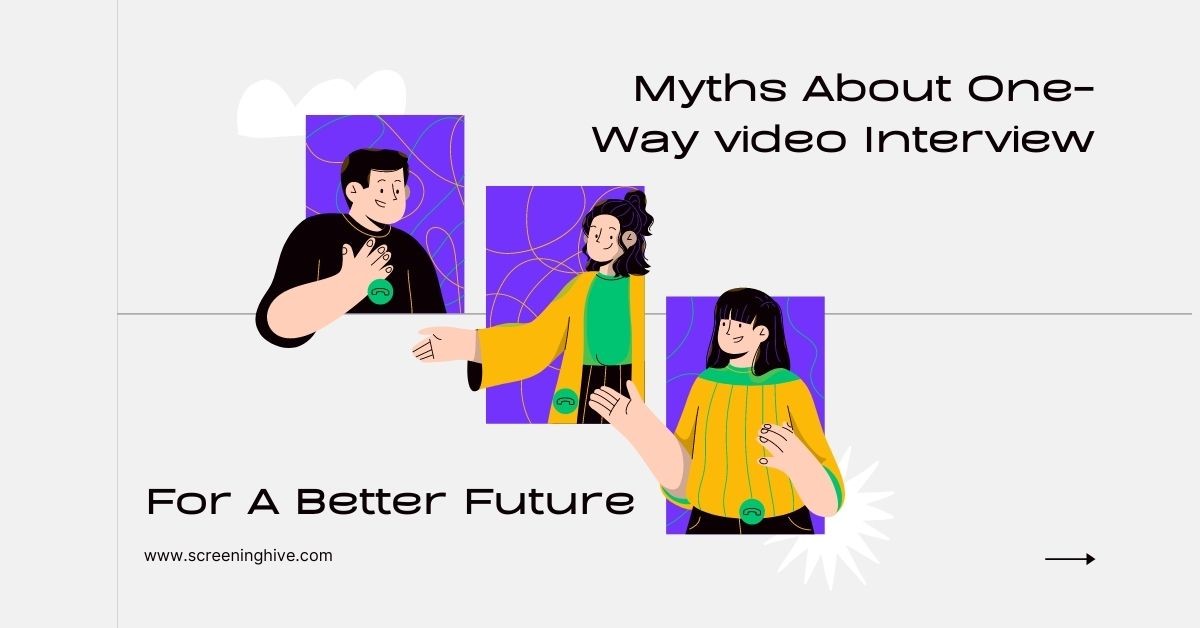 It is similar to Skype and Google Hangouts

These tools might be free, but they are not built to hire and do not have features that are actually needed for perfect hiring. Differences in technology underlying create a huge impact on candidate experience. In research, it's got to know that only 24% of candidates who gave an interview via skype agreed that skype is easy to use for the interview while the rest disagreed.

It is another myth about one-way video interviews. You will not know about the likes and dislikes of the candidate until you don't use technology for the interview and gather data. In this technology era, where almost everyone is familiar with technology, it doesn't make sense that candidates are not liking or comfortable using interview tools.

One -way video interview tool is developed to make the hiring process easier. There is a simple configuration for it; you don't need any technical knowledge to start with a virtual interview tool.

HOW DOES ONE-WAY INTERVIEW WORK?

The following are the easy steps that you have to follow while using a one-way video interview tool. 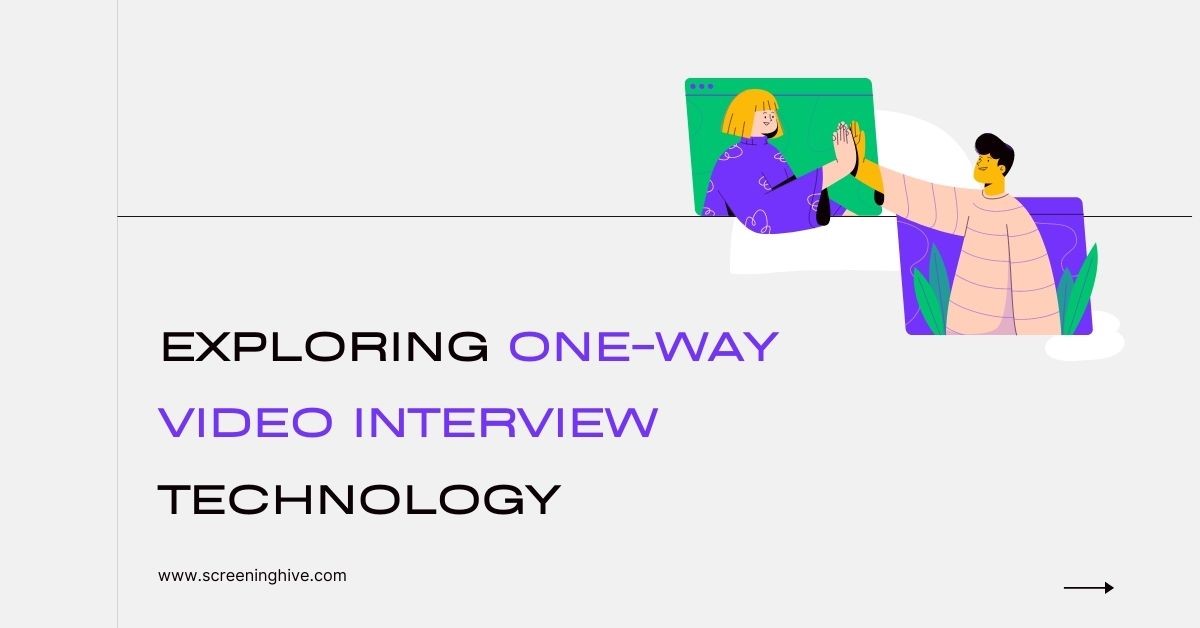 This software is a realistic and trustworthy tool, it's primary objective is to improve the experience of candidates and recruiters, and increase the efficiency of the hiring process.

It is not only for undertaking business, its package is so affordable that a startup company can also utilize it without thinking twice.

Schedule your video interviews to extend the best interview experience to your candidates with ScreeningHive!!!

ScreeningHive is the best free video interview platform to boost candidate's interview experience and get the best candidate for your job.